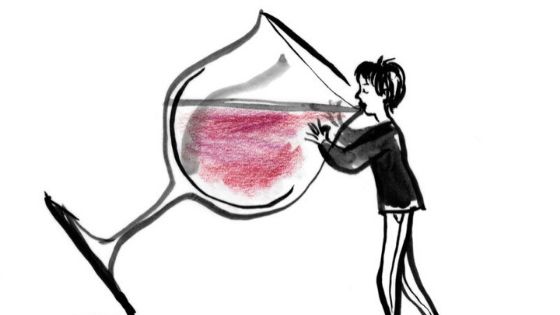 I know you know someone fighting an addiction. They may be a family member, a co-worker, a friend or perhaps yourself, but I know you know someone. Ever since my 28 year old daughter Courtney died from alcohol abuse and I have publicly told her story, it has given others the courage to share their connection to addiction.  I have heard of nieces drinking hand sanitizer, stepsons living in their car, husbands losing a job, siblings selling and using heroin coupled with interventions, rehab, severe frustration and sadly overdose and death.

It’s everyone's dirty little secret that they don’t talk about with anyone, yet since I have stepped up to talk about it, many people have shared with me their stories. I’m sure many of you are thinking about someone you know right now as you read this. Substance abuse and especially alcohol abuse has reached epidemic proportions, yet people don’t talk about it. I get it, It’s embarrassing, you feel ashamed; you turn a blind eye.

“But she’s such a great kid”, " I don’t understand, we raised him well”, " She’s highly intelligent and well educated”, " He’s got so much going for him, why would he ruin his life?” The faces of an addict look like any of us, they blend in, which makes it so hard to believe when you discover the problem.

In fact, according to the American Addiction Centers over half of all American adults have a family history of problem drinking or alcohol addiction. Over 10% of U.S. children live with a parent with alcohol problems and the battle with substance abuse is documented starting with children as young as 12! The facts are staggering…

The statistics are astounding, almost unbelievable, it makes you feel paralyzed not knowing what to do. Whenever Courtney was overwhelmed by something, I always said to her, “How do you eat an elephant?” “How?” she would ask. " One bite at a time!” I’d respond.

It feels like alcohol has become the center of all events, publicly, professionally and in the home. I recently spoke with someone who said their family was having a “dry” holiday because of her 33-year-old sister's problem with drinking. Now some of you might think, well that will never happen in my house, that’s the best part of any holiday. Having every event be “alcohol centric”, continues to enable and trigger the addicts amongst us.

You don’t have to necessarily have a dry event but think about how much time and effort you put into your non-alcoholic choices? Probably none at all, yet you will plan a menu including alcohol pairings for weeks. By offering fun and creative “mocktail” choices allows participants a way to indulge without having liquor. Try doing your toast with a sparkling cider instead of champagne. Make those who don’t drink, or are trying not to drink, feel special too.

Look at your own behavior, do you walk in the house every day after work and announce to your kids, “Mommy needs a drink, I’ve had a rough day?” When Courtney was diagnosed with cirrhosis of the liver, I quit drinking as I thought it was hypocritical to drink when she couldn’t. You know what my first thought was? I was afraid my friends wouldn’t think I was fun anymore if I didn’t drink!” My second thought was, “What can I drink?”

I’m proud to say I am just shy of 14 months sober, that’s 426 days without alcohol…and I’m still fun! It breaks my heart that my daughter did not have the same success. That is the reason I started my charity Purse-Impressions, to honor Courtney’s memory and the idea she had to help other addicts. I am hoping to save other parents from experiencing the same tragedy I had to.

You can make a difference, you can help that person or yourself, you can set the example. You have the freedom now to talk about it, to act, because the secret is out. Because, I know you know.

In memory of the passing of Courtney Elizabeth Michaels (28 years old) and her struggles with alcohol abuse, Purse-Impressions is a Nonprofit Corporation started by her mother Patricia. Purse-Impressions mission is “T​o gift graduates from rehab with a purse that celebrates their accomplishments, allowing them to move forward with dignity, strength and the knowledge that someone cares.”